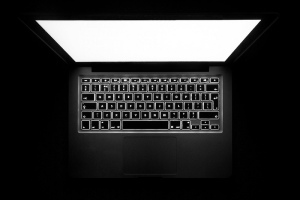 What’s the number one problem reporters have with public relations?

In a survey of more than 1,700 journalists and editors sponsored by Bulldog Reporter and Cision, 60% of them cited their biggest beef as the lack of relevance of the materials they received from corporate communications and PR professionals. Much of this information, they noted, is written like advertising, not journalism.

That’s a sure-fired way to have your news release or press kit trashed.

Ad agencies that want to be taken seriously by reporters should avoid these eight mistakes when writing a news release:

1. The “no news” news release. This is where you’re trying to get your agency or client some media coverage but without a real news hook. It’s better to hold off on your release until you have an appropriate angle to justify contacting a reporter. If you want some ideas on creative publicity topics, check out my “Ad Agencies Top 20 Topics for Publicity” post.

2. Puffery and exaggerated descriptions of people, events, products or services – followed by lots of exclamation marks!!!!!! Nothing screams amateur quite like that.

4. Verbosity. It’s usually harder to write short, concise copy than long copy, but journalism is all about being succinct and to the point.

5. Stating things that are subjective and opinion-based as facts. If you want to include a statement that involves an opinion or judgment, turn it into a quote and attribute the statement to someone.

6. Writing about “pseudo” events that are contrived to get attention but have no real news value.

7. Consistently leading with the name of your boss in the headline or first paragraph.

8. Writing like an advertising copywriter instead of a journalist. (See journalists’ top concern above.) To be considered credible by the news media, you have to write your news release as objectively as possible, emphasizing its news value, connection to a trend or its human interest aspect. Use third-person pronouns and the active rather than passive voice.