Everywhere you look these days the NFL is dominating conversations, but not for the usual reasons. The sight of players kneeling during the national anthem has become the focal point of games, rather than the games themselves. A few teams have tried to avoid the controversy altogether by remaining in their locker rooms until after the anthem. 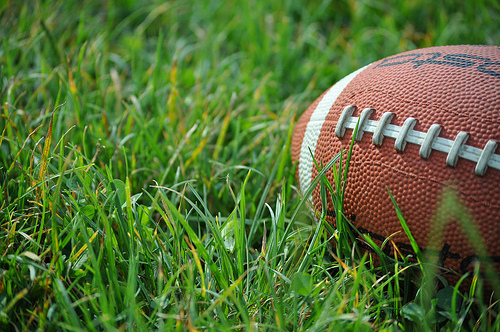 At first, only a handful of players chose to kneel rather than stand for our flag and anthem. As of last week, however, the number of kneeling players exceeded 200, representing nearly a quarter of the league. In London, the same players who took a knee for the anthem stood when “God Save the Queen” was played.

Since then, scores of fans have expressed outrage, professional football ratings have dropped, one sponsor has pulled ads and DirecTV has started allowing some refunds for viewers upset with the anthem protests.

Ironically the flag and national anthem—which traditionally have united us as Americans—are now dividing us, thanks to political correctness running amok at the NFL.

Whether its leadership realizes it or not, the NFL is in a crisis mode, and so far its response has been less than stellar. In fact, the league is exhibiting symptoms of a seize mentality, which can be downright toxic in a crisis.

A recent poll found that nearly two-thirds of Americans believe players should stand and be respectful during the anthem, yet the NFL continues to defy its fans. They also are ignoring their own games operations manual, which states: “The National Anthem must be played prior to every NFL game, and all players must be on the sideline for the National Anthem. During the National Anthem, players on the field and bench area should stand at attention, face the flag, hold helmets in their left hand, and refrain from talking.” 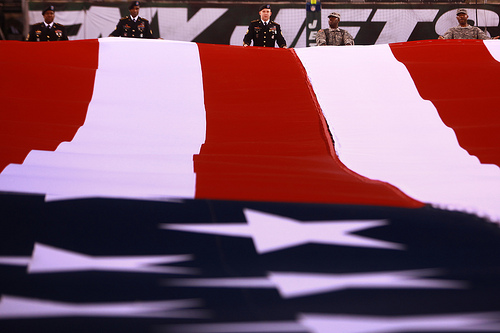 Ignoring the wishes of people who finance your business is not a winning strategy, nor is selectively enforcing rules and basically telling your customers that you don’t care what they think or how much they are offended them by your actions.

With the way things are going, I can’t help but wonder how long it will be until those of us who stand for the national anthem are accused of being racists and opposing social justice.

The NFL is big, really big – but not as big as Americans’ love of country and respect for our flag, military and police. The NFL cannot win by putting fans in the place whey must choose between loyalty to country or to professional football.

Taya Kyle said it well in an open letter to the NFL: “Your desire to focus on division and anger has shattered what many people loved most about the sport. Football was really a metaphor for our ideal world — different backgrounds, talents, political beliefs and histories as one big team with one big goal — to do well, to win, TOGETHER. You are asking us to abandon what we loved about togetherness and make choices of division.”

Some of the players and pundits now claim the protests are misunderstood and not intended to show disrespect to America. So why are they kneeling? The reasons range from protesting President Trump to social injustice to racism to police brutality.

Which raises an interesting question: Are the NFL players, coaches and owners in agreement about what they are protesting?

Colin Kaepernick, who started all this, has been very clear about his reasons for kneeling during the anthem: “I am not going to stand up to show pride in a flag for a country that oppresses black people and people of color.”

Contrary to what Mr. Kaepernick seems to think, most Americans are not racists. Our justice system is not perfect—nor will it ever be—but we are not a national of oppressors. If that were the case, why would so many people from all over the world want to come here?

The NFL owes us an explanation about what, exactly, has to change to make these protestors want to stand up for their country again. What is the end game? We really don’t know because all we are getting is mixed messages from teams and players, with an NFL unity ad airing in the midst of some of the most divisive actions imaginable.

What we do know is that allowing players to disrespect our country sets a very poor example for young people, and basically communicates to them that it’s okay to trash our flag and anthem, as well as the military and police who protect us.

For me, and I suspect millions of others, the NFL will never again have the same appeal. I started my boycott of NFL games last week because, as one season ticket fan put it, “I’m just sick of the whole thing.” A lot of us can relate to that sentiment.

The problems of social injustice and racism are not going to be solved by players kneeling during the national anthem. While we should always strive to improve in those areas, as a Christian I believe that only Jesus can change hearts in a way that causes prejudiced people to act justly and love others unconditionally.

Eric Reid, a teammate of Colin Kaepernick, said his faith “moved me to take action,” and that he and Mr. Kaepernick decided to kneel to “make a more powerful and positive impact on the social justice movement.” He went on the lament in a New York Times article, “It baffles me that our protest is still being misconstrued as disrespectful to the country, flag and military personnel.”

Mr. Reid, if you really want to do something positive that won’t be misconstrued, I have a suggestion for you and the other NFL players, coaches and owners of faith: After the anthem is played, gather together to join hands, drop to both knees and say a brief prayer for God to unify our nation. That could be the start of something very powerful indeed.