A number of years ago, the senior editor for our local newspaper authored a column about the paper’s policy for using anonymous sources and its commitment to accurate reporting.

“The most important factor for us in using an anonymous source is that the information given us by the source is true,” she wrote.

“It’s too easy for people to hide behind anonymity, planting information with no accountability. And when you’re not accountable, isn’t it easier to stretch the truth?”

She wrote this column in 2009. A decade later, we’ve witnessed an amazing decline among numerous news media outlets when it comes to accurate reporting and vetting sources. All too many of them are just fine with stretching the truth—or outright misrepresenting it—to advance their agendas. 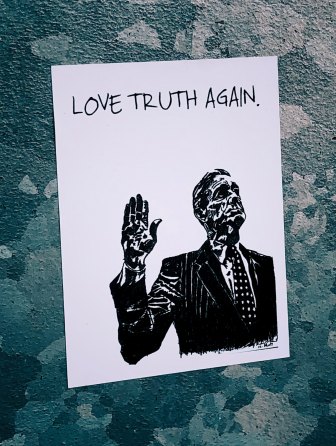 Photo by Jon Tyson on Unsplash

As reported by Reuters: “‘BuzzFeed’s description of specific statements to the Special Counsel’s Office, and characterization of documents and testimony obtained by this office, regarding Michael Cohen’s Congressional testimony are not accurate,’ Peter Carr, a spokesman for Mueller, said in the special counsel’s first comment on a media report since its probe started 20 months ago.”

The damage such irresponsible and speculative reporting does to the media’s credibility can hardly be overstated. While there still are a lot of honest, reputable journalists around who care about truth and fairness, the trend is not encouraging.

Sloppy reporting, lack of accountability and the pressure to be first to break a story are all contributing factors in the decline of journalism and its eroding trust among Americans. But surpassing all these is the willingness among an increasing number of reporters and editors to run with stories that have no basis in reality, and to not really be concerned about it because it appears that in their minds the ends justify the means.

Like Loading...
This entry was posted in Media Relations and tagged BuzzFeed, Don Beehler, Inaccurate Media Reporting. Bookmark the permalink.

2 thoughts on “Is Truth Still the Most Important Factor in a News Story?”